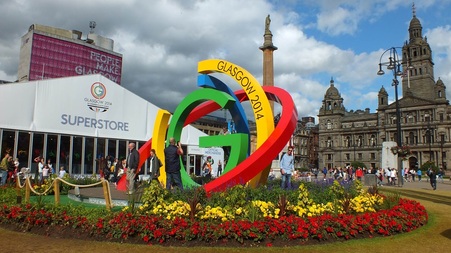 As Host City thousands of people were involved with the Glasgow 2014 Commonwealth Games as volunteers. Many were Clyde-siders, the official games time volunteers who assisted the workforce at venues, at the athlete's village and transport. Previous research on the role and experiences of Games volunteers has concentrated on this group - providing insights into their motivations to be involved and what they gained from being part of the event.

In contrast little attention has been given to the other volunteer groups who also have a role in making such a major sporting event a success. The research which informs this site helps to tell their stories - those who were part of the Queen's Baton Relay as it passed through 400 towns and villages in Scotland, those who were involved in the opening and closing ceremonies of the Games as members of the cast, and the volunteers across Glasgow who helped visitors and residents to navigate their way amidst the excitement of the event as Host City Volunteers.